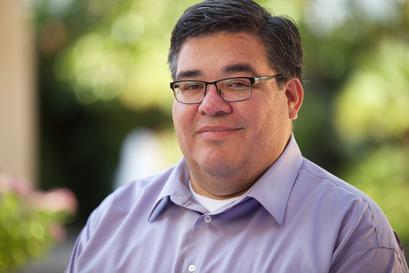 Hans is the majority owner and general manager of Endeavor Holdings LLC.  He is an enrolled member of the Salt River Pima-Maricopa Indian Community and grew up on the Salt River, GIla River, and Tohono O'odham Indian communities.  Mr. Klose is also a graduate of Mountain View High School in Mesa, Arizona and Dartmouth College in Hanover, New Hampshire.

Hans was formerly the Director of Salt River's Community Development Department where he oversaw the Community's Economic Development Department, Real Property Services (including Enrollment and Probates, Planning and Architectural Services, and Cultural and Environmental Services.  Salt River has an advantageous and strategic location with a ten-mile contiguous border with the city of Scottsdale, Arizona, contiguous borders with the cities of Mesa and Tempe, Arizona, and easy access to the city of Phoenix and Sky Harbor International Airport.  Under the the direction of Mr. Klose, leases for new commercial development on over 500 acres of land (over 8 million square feet of developable improvements) along the Arizona State Route 101 Freeway were presented to and approved by Salt River 's Community Council.  Simultaneously, Mr. Klose's department implemented a comprehensive development fee program to pay for the necessary infrastructure, developed a new General Development Plan that both limited the extent to which commercial development could occur within Salt River and established large areas of desert preserve around the tribe's most sacred places.

Throughout his working career and personal life, Hans has honored the integrity of his home and elders by consistently maintaining his beliefs and practices to promote ideals and ventures furthering the interests of the Native communities he serves.  Mr. Klose offers an understanding of the needs of the majority of American Indians involved in a rural setting versus the opportunity for the younger generations to explore career diversity on Indian lands by carefully expanding economic options.